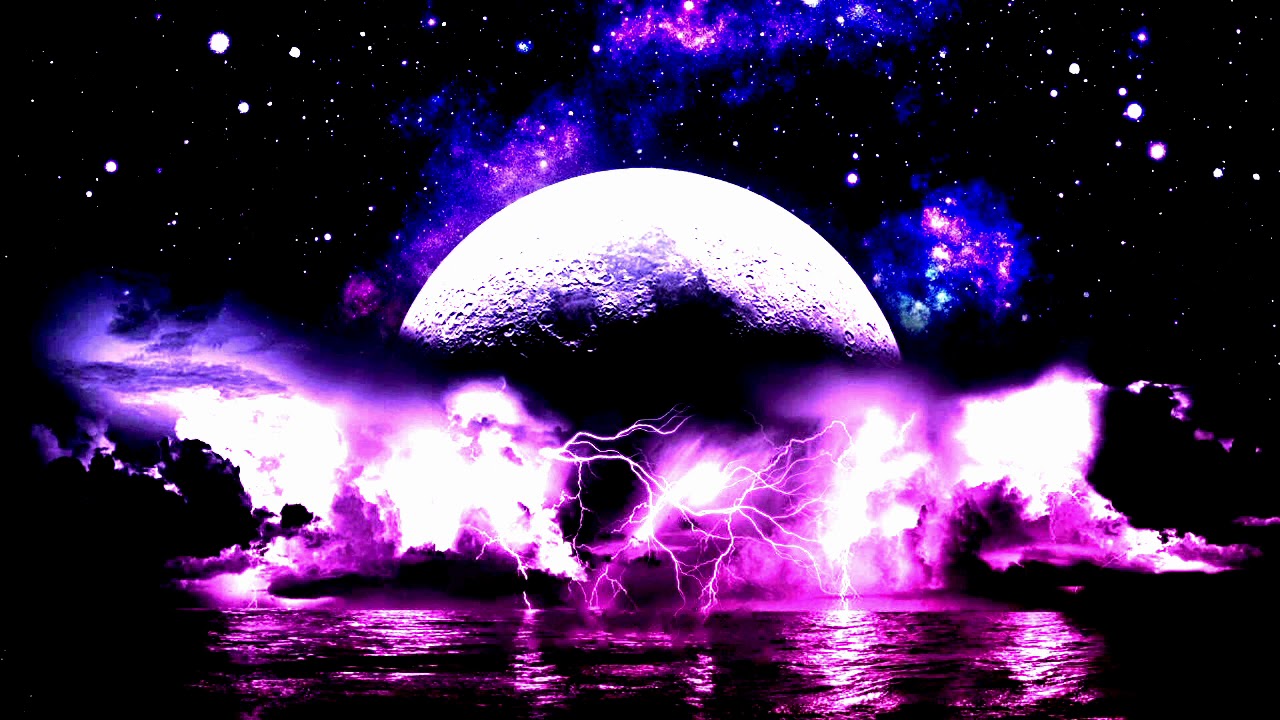 Arriving on the moon employing a lightning strike that would reverberate for hundreds of miles, I meander along the grey and vapid dust covered terrain to see how my friend is doing.

Noticing her asleep with her face buried in an artbook, I say, “Hey, you alright?”

No reply.  I tap her on the shoulder about to whisper, ‘Are you okay?’ when she jumps perplexed and wide-eyed.

“Hey,” I say.
Groggy, she says, “Hey…sorry…”
“No apologies.”  Nodding to the drawing book that’s on her desk I say, “So what are you working on?”
Flash-fast, she snaps it shut saying, “Nothing.”
“Uh huh,” I reply.  “Just like all those books you have over there,” as I motion to the books, “And that crate of notes you have behind you.”
“That’s none of your business,” she replied immediately.
“Re-lax, it’s all good, I was just curious, meant no harm by it, really.  So you come to the moon to get work done too, huh?”
Rubbing her eyes with the base of her palms while waking herself up, she replies, “Yeah, I like this place.  It’s peaceful.”
“And barren.”
“Don’t remind me.”
“Here,” I state while handing her a cup of scalding coffee.  “Here’s some – “
She snatches it from my hand and drinks the boiling cup of coffee in record time as my mouth just opens slowly, wondering why she didn’t feel anything.
“We’re on the Moon, remember?  Or did you forget?”
“Yeah, yeah, just never saw anyone drink a cup of scalding-hot coffee that quick.”
“Well we’re not on Earth, you know,” she states matter-of-factly.
“Touché.  You know, you missed it,” I said switching the topic.
“Missed what.”
“I came here in my best Zeus impersonation, arriving with a lightning strike and everything.  You should have heard the thunder.”
“You forgot the puff of smoke,” she couldn’t resist saying.
“Nah, that’s too over-the-top.  I like to keep it low key, you know.”
Suppressing a small laugh, she shakes her head saying, “You’re something else.”

My reply was a slow shrug with palms facing upwards.  Thence, noticing some of the decorations in her newly-decorated private cozy alcove, I can’t help but comment.

“You’ve made it home-y here.”
“Can’t put a price on comfort, you know.”
“You’re right about that,” I said.
“I heard explosions over on the other side of the Moon early this morning.”
“Oh…yeah…about that…”
“What?” she replied curiously.
“That’s probably Yoda training younglings in the ways of the force using the mind to defuse explosive devices and all that jazz.”
“Yoda’s on the Moon?” she said perplexed.
“Everyone’s on the Moon.  He likes to hang out with Socrates you know – a meeting of The Minds of there ever were one. They live in a cave on the other side by this enormous crater.”
“You know Socrates too?”
“Uh, no, but he knows me very well.  He knows everybody better than they know themselves.   Just wait ‘till you meet him.”
“Sounds fun,” she replied eager.
“It’ll be a thrill, I promise,” was my sarcastic and yet honest reply.
“You don’t sound too, uh, reassuring you know…”
“Oh, no, it’ll be lots of fun.  And lots of everything else too.  You’ll understand when it happens.”

Sinking into her mind and placing her forearms on this cozy rocking chair she had, she rocked slowly for a couple of minutes in deep thought.

Not able to resist the urgh, I ask, “So, about that -”
“Don’t ask.”
“Why can’t I know what you are drawing?”
“Because it’s none of your business,” was her reply with enough emphasis to build a bridge to walk on.
“You mean this?”  I said as I magically had the drawing book in my hand, pulled out of thin air with a flash of the mind.
Looking back at her desk, then at me, then at her desk panicking, she snapped off, “Don’t!”
“Don’t what?”
“Don’t you dare open that – “ she started to say when she began being held by her arms by two SWAT team members while duct-tape covered her mouth.

“Time-Out,” I said in my best Zack Morris impersonation wherein everything froze, with her eyes bug-eyed wide.

Snapping both fingers, a classroom of young kids manifests with dozens among the students.
Continuing in my best professor-like fashion, I state, “What we have here class, is a failure of imagination,” I say as my arms gesture a sweep to my friend.

There was a slight earquake felt throughout, making all the kids nervous.

“Worry not, it’s just Yoda on the other side of the crater training younglings,” was my attempt at calming the kids nerves, knowing better.

My friend’s reply to this was slowly narrowing her eyes, fighting my use of imagination with hers, slowly, but very powerfully.

Continuing on, I add, “What’s the #1 Rule Of Imagination?”
“Anything’s possible!” says one of the student’s in an overly enthusiastic and yet annoying manner.
“What’s Rule #2 of Imagination?”
“”Hell is empty and all the devils are here.””
“Wait, what? Why are you quoting Shakespeare?  That’s not Rule #2.” was my reply, as I quickly turned to him in curiosity of his response, shifting from having my eye on my friend for a second as our minds battled for control of the current circumstances.
“Look at her eyes, THEY ARE BRIGHT RED!”

Turning to her and instantly panicking, I put my palms up in resignation, saying “Wait, wait, wait, wai-“ when it happens.

She unleashes a death-ray my way just like Cyclops from X-Men, that I dodge by a hair’s breadth, which scorches the landscape for hundreds of miles, as she sweeps her eyes chasing me as a target while she simultaneously turned both SWAT team members into pillars of flaming dust that whispered away into the environs.

After stopping, seemingly exhausted for a second, I interrupted her quickly saying, “Look!  I was kidding, I wasn’t about to look at your drawing book, it was an act in jest you know.  Think about it, if I wanted to look at it, I would have merely manifested the drawing book out of thin air fully open, no?”
“Oh…yeah….I guess you’re right,” she said in contemplation, while rubbing her temples mentally exhausted from what she just did.
“I know it was hard to tell at the time, but I was going to give it back.”
“Guess I got a little carried away…”
“A little?” I reply with an overly-excited gesture pointing at the horizon that had been pierced by her laser-eyes moments ago.  “You just remodeled the Moon” I said with incredible emphasis.  “It usually requires asteroids to do that, you know?  I’ll admit, that was a sight to see.”
Replying with a small smile, she asks, “Really?”
“Hell yes!  Woman, you just sliced off a chunk of the moon, LIKE IT WAS A SLICE OF CHEESE,” was my reply with a loud laugh.  “With.  Your.  Eyes!” I said pointing at her artistic work again to prove my point.  “How many people do you know that have done that?”
“Nobody,” was her reply with a shy smile.  Continuing on, she states matter-of-factly, “That was cool.  Sort of.”
“Understatement of the millennia.  Though I don’t know if cool is the word that I would use to describe it.  I’da probably said ‘That was hot’,” was my reply in jest.
Laughing, “Okay, yeah.”
Looking at the watch on my wrist, I say “You know, it’s getting late.  I better bolt.”
“Like lightning?” she eagerly replied joking, proud of herself.
Laughing out loud, I reply, “Okay, smooth operator, that was good.  But yeah, it’s that time.”

Summoning another one of Zeus’ signature lightning strikes, this time an order of magnitude more powerful, the thunderbolt pierces the ground in a echoing equally in all directions as I vanished out of sight.

Him and his damn lightning bolts was her first thought as she shook her head.

Pensive for a minute, she stood there taking in the sight of the barren and aridly cold landscape.  Thence she looked left, then looked right, making sure that nobody was watching.  While smiling in sinister fashion, storm clouds begin manifesting within the atmosphere slowly circling ahead brought about by her mind, increasing speed with every second. In apocalyptic-like fashion, she unleashes hundreds of lighting strikes across the landscape, with the most powerful lightning strike being a bright purple one that she unleashed as her thundering departure, literally bolting out of existence.

Dozens of miles away, Yoda says, “One lightning strike, that was not,” as he mentally absorbed what took place while taking one of his signature deep breaths.  “A spectacle, yes, yes it was.”
“A spectacle of what?” replied Socrates intrigued.
“A spectacle of imagination,” was Yoda’s reply, as he smiled in his ever-knowing way.

[1] My quoting Shakespeare about ‘Devils’ and so on isn’t a shot at anyone, but finding an intriguing quote to add a little depth to the story.  It’s not meant in any negative way; the quote and the scene are merely my point to convey that while the character might look like a devil, it was obvious she was not.  To the children she seemed like a devil because they saw her fearfully, but to me she was someone with superpowers.  I hope that makes sense.  Moreover, the story is to show off the power in imagination that individuals don’t know they have within themselves.  That’s the main point of the whole story.

[2] I wrote this 3 day ago, right after the other short story on the moon.  I waited because I wanted to share it with the person whom I believe inspired this post, but seeing as the internet is one confusing cluster-@#ck of unknowns, I just decided to share it here and just be thankful of whomever was in fact the person that inspired it since I really have no idea at this point.