“Our life is always frittered away by detail.  Simplify, simplify.”
– Henry David Thoreau

“Simplify your thoughts, desires and life.  Complexities and confusion make a hell out of heaven.”
– Philip Arnold 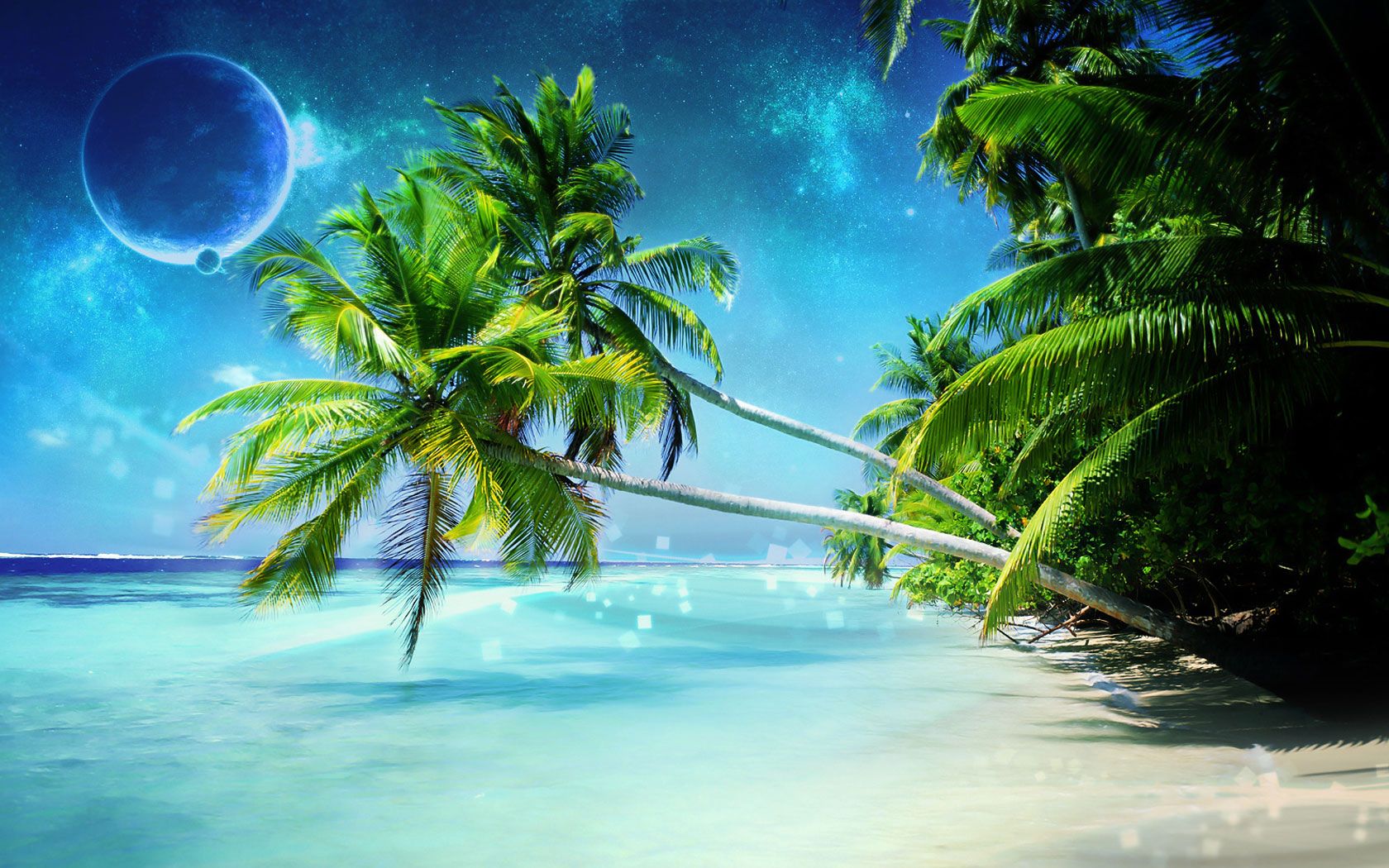 What follows is part vent, part blog post on simplicity, but it’s going to be a bit longer than my usual blog posts.  Although it might seem that I am meandering a bit, there’s a logical sequence to certain steps I (and others) took yesterday across various social media platform.  More on that in a moment though.

Yesterday, I wrote about meeting someone that just moved here that was a family member, and that was my uncle.  We got to talking about a variety of things, but one moment stood out most of all.

Sometimes in life, while you are talking to someone you get to a point where the conversation takes a very serious tone, the type of tone when you just have to shut the @#!$ up and let someone vent their heart out; this was one of those moments.  I let him vent about his health, life, and him not having too much time left, and then the conversation leveled out to less dismal topics.  This conversation left me incredibly emotional, though I masked it rather well (I hope) and I knew I just wanted to go home.  Why so?

Because it reminded me of a circumstance that took place when I was much younger, though both scenarios aren’t exactly alike, but you will understand why it reminded me in a second.

In the early 2000s, I visited Puerto Rico for the first time since we moved as a family to Arizona.  In a nutshell, at one point I wanted to take a picture with my grandma.  And anybody that knows me personally knows that I hate taking pictures.  I don’t mind it, but most of the time I don’t (usually) like taking pictures for reasons I will not get into here.  And a lot of the pictures that I have taken are always on my phone, mostly pictures with friends, family and so on.  This is because if I do end up taking a picture, it means a lot to me, which is why the pictures always with me.  That, or you have to be one of my conniving friends (bless their hearts) and sneak a picture when I least expect it.  Taking pictures of friends?  Sure, I love that; I love photography in general, and I love taking pictures of my friends.  But I’m not usually in a lot of the pictures.

The reason I say that is because even though I hate pictures where I’m in them, I wanted really bad to take a picture with my grandmother when we visited; so you know, I had to want to take a picture with my grandma really bad for me to even bring it up.  That last day, for hours, I hounded her about taking a picture with her and she wasn’t having it.  Her reasons were, because she didn’t look ‘good’ and so on.  I told her that I didn’t care, but she wasn’t having it.  In any respect, I gave up because she was getting annoyed and I didn’t want to bug her any longer.  Now when leaving, I just had this overwhelming feeling that I would never see her again.  I had never had a feeling like that before, and I thought it was stupid.  In reality, I didn’t know when we (or I) would be back to visit, but I just felt really overwhelmed.  It turned out that she passed away a couple of years later, all because a medical mistake in which the medical personnel didn’t read a damn chart.

I’ve searched everywhere, but I don’t think I ever took a picture with my grandma, at least not one that I can remember.  I’ve gone through family photos and so on, and all I’ve seen are her and I when I was much younger, a baby for instance.  Anyways, the point of this whole (lengthy) preamble is that, although I do have a feeling I will see my uncle again, he’s already on borrowed time.

This whole scenario with my grandma flashed in my mind, which made it hard for me to keep my composure because well, knowing that someone’s ticket with the reaper has already been punched will make anyone sad, if not downright depressed.

After we were done having dinner, we said our goodbyes, and I went home (and couldn’t get there fast enough) because I just wanted to lay down and not think, not that that’s possible but I just had to get home.  I get home, and after changing my mind, I write the blog post that I did, which involved my uncle because that was my way of sort of venting on the issue, but I held a lot back as is evident now.

From there, I end up deciding not to lie down, and instead opt to get on a variety of social media platforms to see if I can just talk to some friends and vent.  Lo and behold, it’s nothing but fire and brimstone everywhere, people arguing over the most inconsequential and trivial things that, in the grand scope of things, don’t really matter.  What’s worse is how everyone were treating each other (or me) in a few respects, so I was about to make a call and get some friends to do our usual Facebook mass purge of all of our accounts as well as on other social media, but someone beat me to the punch and was seeing if we wanted to start a group on Skype to do it all simultaneously while catching up.

Before going on, why would it be important for me to purge accounts on many social media platform?  This is because (1) I have already lost a few friends this year and it’s been the toughest year emotionally speaking yet that I can remember.  Moreover, as mentioned before, (2) my uncle is dealing with stage 3 cancer that can’t be handled and is already on borrowed time, (3) there’s a family member in a coma (not joking) that my lovely father just happens to tell part of the entire family weeks later because (you just can’t make this stuff up) he “didn’t think it was important”.

Predictably, I’m till downright furious about that.  ANY family member being in a coma, HELL, ANY HUMAN BEING, being in a coma, is as real as it gets.  Not only that, but there’s also (4) the issue of my Mom’s health where she doesn’t seem to be getting completely better even though the doctors say “everything is okay” and “the cancer is gone” (we’ve heard that one before).  Lastly, (5) I have been out of remission with my disease for months, and any stress affects it greatly, which is why I often seek a mindful approach, as well as employ yoga when I can at home or the gym.

My own personal reason for purging (or muting) accounts was due to stress and my goal to simplify where I can in my attempts to regain my health and get back into remission.  I can’t be the best me if I’m not healthy, and I can’t be healthy if I repeatedly expose myself to things that are stressful, no matter how mindful I am, and expect for significant progress to take place.  These were the vanguard reasons for me purging accounts of myriad types yesterday.

With this personally in mind, myself and others all started on Skype, but when the room got really crowded we moved to Discord, and we just began purging accounts for 6-7 hours or so.  It’s exhausting removing hundreds and hundreds of accounts from multiple Facebook accounts that I use for activism and the like, dozens on Instagram, WordPress, Twitter, you name it.

I just wasn’t having it any longer, my health’s too important for me to subject myself to things I don’t have too.  Some people, the ones I’ve known for a long time, I either told the straight up that I’m muting them because x,y,z, reason, and they understood.  Others, if we didn’t know them in any way shape or form, or had never even realized they were on our friends list, then they got removed, while also removing accounts that are constant negativity for the sake of negativity; that was the main approach for myself and my friends.  And people that I ‘kind of’, ‘sort of’, knew, it was fifty-fifty based on judgment calls for me personally.

It’s not like I don’t care about some of these people, I do.  But the bottom line is that, to a great extent, we are a product of our environments, History and Epigenetics have taught us this much.    If you end up subjecting yourself to stressful situations, negativity, and lots of things that you don’t have too, it’s just going to have detrimental effects on your being on an overarching basis.

Given that, at an emotional level, my plate is incredibly full and I’m already significantly stressed about many circumstances, I’m just going to be incredibly selective to what I expose myself too.  It’s not that I don’t care or simply won’t talk to people and debate, or that I will not at all read things that might seem dismal and so on; it’s just that repeatedly doing so when there’s no need to doesn’t make any sense.

This year has already been incredibly tough, and I know it’s going to get tougher with time given all the above and more.  I just don’t want to get to a point where I irrevocably shatter and can’t pull myself back together again is all.