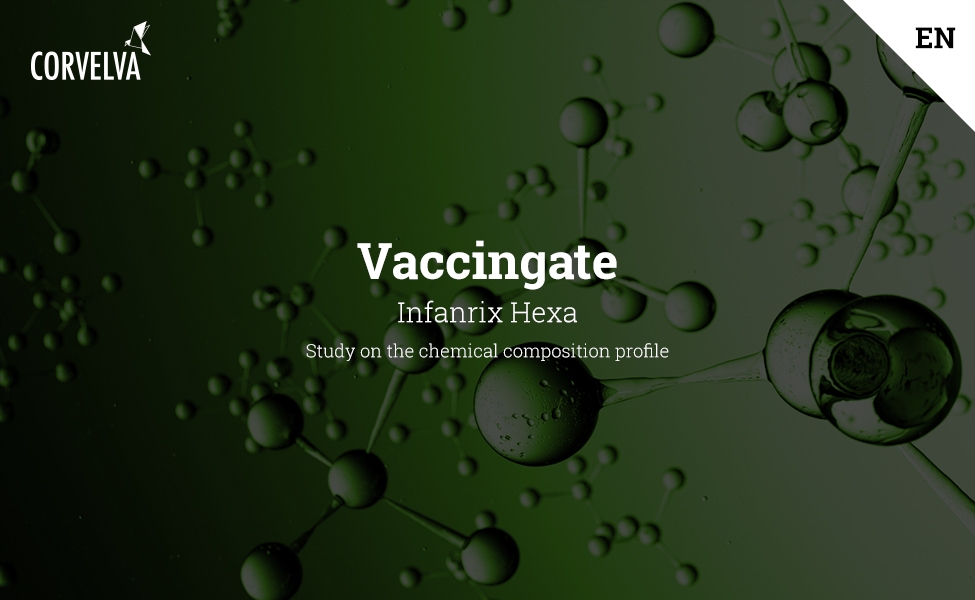 Italian scientists from an organization called Corvelva have published results from their investigation of the 6-combo vaccine, Infanrix Hexa, which is administered to infants.

They have shocked the world by claiming that their investigation shows that the ingredients in this popular childhood vaccine does not contain the antigens it claims, and also contains some toxic chemicals that are not listed as ingredients.

They are calling the results of their investigation “Vaccinegate.”

According to the European Medicines Agency:

Infanrix Hexa is a vaccine used to protect babies and toddlers against diphtheria, tetanus, pertussis (whooping cough), hepatitis B, poliomyelitis (polio) and diseases such as bacterial meningitis caused by the bacterium Haemophilus influenzae type b (Hib).

But according to the scientists at Corvelva, the ingredient claims for this vaccine were not verified by laboratory examination:

In Infanrix Hexa we found

We have not found:

Dr. Sherri Tenpenny discusses the overall backlash against vaccine fraud in Italy and how important this study is in the following video.

When we started these analysis, from the metagenomics to the chemical ones, we had a lot of questions and we were only looking for answers… After these first results, more questions have arisen and so did the concerns!

The quali-quantitative analysis of organic compound is of great importance in the pharmacological field, as potential safety problems arise from the new production processes of biological drugs and from the complex structural and biological characteristics of these products.

In Infanrix Hexa we found

We have not found:

In Infanrix Hexa there are six antigens

Tetanus, diphtheria and pertussis toxoids, D antigens of Poliomyelitis 1-2-3, hepatitis B proteins obtained with genetic engineering and Haemophylus polysaccharides chemically linked to tetanus toxoid as carrier. Toxoids are created by treatments with formaldehyde and glutaraldehyde that should remove toxicity keeping intact their ability to stimulate protective antibodies against original toxins.

We were expecting to find the three toxoids and the other antigens not modified by treatment with formaldehyde and glutaraldehyde, to separate the antigens from each other and to be digestible by the enzyme specific for proteins (trypsin). We have found instead a real polymer, insoluble and indigestible, that we supposed to be the set of antigens chemically bound together (has to be defined if this is present as an aggregate of the individual antigens or a single macromolecule), on which we can find in literature partial information regarding the single antigens.

This macromolecule could not be recognized in any way by the protein databases, and in fact it turned out to be a solid compound of an unknown chemical structure.

Proteins solubility and their digestion (i.e. the capacity to divide them into small peptide fragments) are two typical proteins characteristics that not only makes it possible to study them through some specific analysis methods but are also fundamental for the interaction with the immune system to create protective antibodies, because if the protein structure is heavily altered from the original one, the new antibodies result completely different from those that are able to attack the original antibodies causing illnesses.

Since this polymer we have encountered, derived from the antigenic mix, is not only different for its spatial conformation but it’s chemically different, so we can state that we are not facing antigens similar to the original ones but in the form of a compound with an unknown and unpredictable toxicity and efficacy.

Not only vaccine antigens have been not detected, there were also 65 signs of chemical contaminants of which only 35% is known, there are among these various processing residues and cross-contaminations from other manufacturing  lines, and their identification will be checked during the second level of the analytical study (i.e. with standard controls).

7 chemical toxins among these signals have also been identified, probably deriving from chemical contaminants of the manufacturing process or other manufacturing lines at the vaccine manufacturing site; these toxins have a structure that could probably be partially derived from the formaldehyde, glutaraldehyde and cyanogen bromide reaction with other chemical contaminants in the vaccine. We’d like to point out that the toxicity of many of these toxins have been confirmed and published in Pubchem or Toxnet and this poses important safety problems, issues and concerns.

From the protein and peptide fraction study, various free peptides of bacterial origin have been obtained probably coming from the bacterial culture cells used for the antigen extraction. Literature reports bacterial peptides as potential allergens 5 and also as capable of inducing autoimmune reactions 6 and these too put a safety issue that needs to be further clarified with the regulatory bodies.

Coming back to the two basic principles that have been our topic on this analysis path, we reaffirm what we have said in the recent interview on the scientific journal Nature: we are inquiring the vaccines efficacy and safety and we can’t quite understand how it is possible to claim that this vaccine is even able to generate the 6 protective antibodies – reason why it is designed for – and furthermore to understand how this cluster made of 6 neurotoxic antigens bound together can be claimed as not toxic for newborns.

Infanrix Hexa hexavalent, as for the method we have commissioned, casts major doubts on both its effectiveness and on its safety…

One thing is for sure: we will not stop to proceed.

Read the full article at CORVELVA.it.