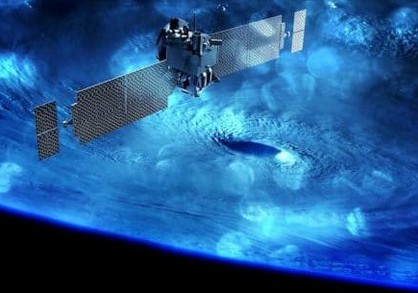 This has been a very odd time for space news. Odd, because the stories, taken individually, aren’t all that odd. But taken or viewed together over a long period, present a very chilling picture. So, consider these stories, shared by K.M., T.M., and G.B. Firstly, there was that story of the Russian spy-satellite that exploded:

A TOP-SECRET spy satellite operated by Russia is feared to have “disintegrated” in space.

As the article indicates, the likely cause of the explosion was unused propellant in the satellite. End of story (for the moment, but we’ll get back to it.)

Then there were stories about Russia (from 2018), France (from last year), and Israel (from this year) revealing powerful new ground based lasers, in France’s and Russia’s case, for anti-satellite capability:

(Now, needless to say, ground-based Earth laser anti-satellite systems will have to have a mastery of phase conjugation to counter-balance atmospheric distortion of the laser beam. That Russia and France are revealing these systems means this is largely a solved problem.)

And finally, there’s the US “Space Force”:

Space Force preparing for everything, even interplanetary operations, as it sets up

Note from the last article these statements:

That may include interplanetary operations, Shaw said. (Emphasis added)

In other words, weapons and troops and ships for interplanetary operations. But, relax, that’s all for the “far future,” unless, of course, one wants to factor Ben Rich’s strange end-of-life statements about “finding errors in the equations” and being able to “take ET home.” Or, in this context, bring war right to ET. Oh, and lest we forget, remember the American general’s statement recently about having to fight “little green men?”

I submit that all of this context puts that explosion of the Russian satellite into a very different interpretive matrix. Russia isn’t talking of course, but to my mind, that raises the possibility that the explosion of the satellite was not accidental to a greater likelihood. If it was accidental, there’d be little reason for the Russians not to say so, even if it was a very secret satellite with very secret mission capabilities.  And a pin-prick from a ground or space based laser system on its propellant tanks may be the cause. Perhaps it may have even been a test of Russia’s ground-based anti-sat systems. But if so, again, there’d be little reason to keep it quiet, and every reason to crow about it.

So why the silence? Well, consider today’s high octane scenario. It is quite likely that the Russian satellite had a very sophisticated instrumentation suite, one for example that could detect, fairly instantaneously, the heat blooming signatures of being targeted by a laser. Very likely it had some sort of “all-around” sensor suite allowing it to determine give three-dimensional 360 degree detection capability. After all, “blind spots” on a spy satellite or an anti-satellite satellite would be analogous to the chink in the armor on the HMS Hood, and we all know how badly that ended. Such all-around sensor capability would have allowed the Russians a reasonably accurate picture of where any laser or other kind of energetic attack came from, whether from the ground, or space, and done so in that short period of time between its acquisition and its destruction by “whatever.” To make a long point short: if it was deliberate, then the Russians have a good idea of who did it, and how.

So we might be looking at a very real shooting war “up there,” and if the perpetrators were terrestrial, then expect similar “accidents” to occur to other nations’ satellites in the future as retaliation. But if the silence continues, perhaps that’s an indicator that someone else may have taken out the Russian satellite.

See you on the flip side…

Where Will Your Path Lead You?

Did an Ancient Civilization Exist On Mars 1 Million Of Years Ago? | #Mars #Space

Is The Latest Kennedy Tragedy Possible Evidence Of The Deep State At War Amid The Coronavirus Backdrop? [Part 3]