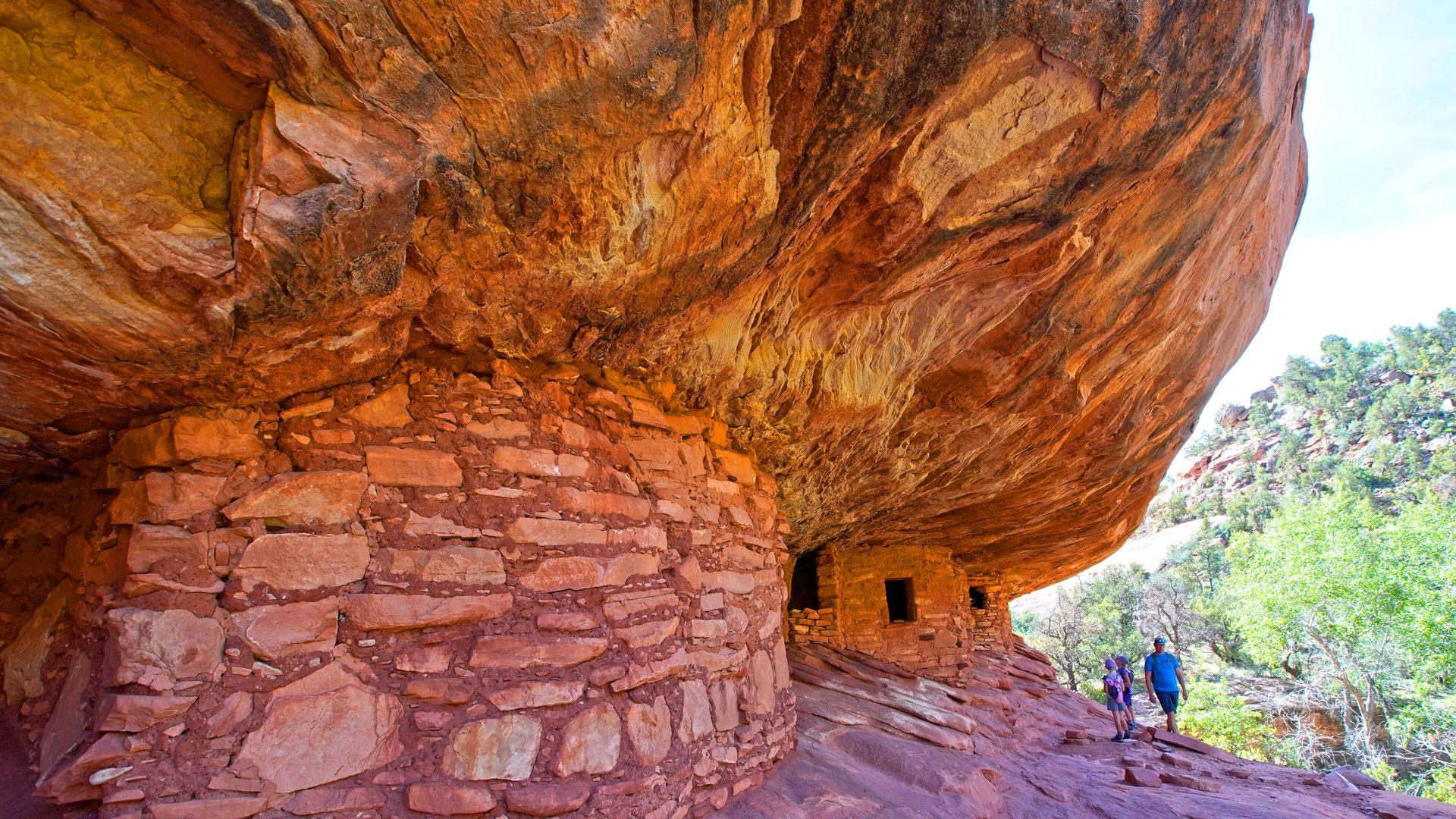 The big picture: In 2017, President Trump reduced the size of Utah’s Bears Ears National Monument by 85% and the Grand Staircase-Escalante by almost half, the acting assistant secretary for Land and Minerals Management with the Interior Department said, per AP.

What’s next: The lands, which contain thousands of cultural artifacts, “harbor significant amounts of oil, gas and coal that the administration hopes to develop, as well as grazing land valued by local ranchers,” the Post reports.

What they’re saying: The monuments remain under federal management, the Interior Department’s Bureau of Land Management said in a press release on Thursday, and the agency has “developed new land use plans for the monuments.”