E.G. spotted this one, and it’s almost too bizarre to be believed. And it’s so unusual that even though I promised myself that I wasn’t going to go anywhere near the corona virus story this week, I’m going to go there anyway.

Before we get to the article, however, let me explain my reasons for “going there”. Ever since this story broke out, we have so many theories, c0unter-theories, revelations, and rebuttals, not to mention disputed numbers, narratives, and notions, that it’s impossible to keep up. One of those theories has been the allegation that the HIV virus played a role in the genetic engineering of this particular virus. Again, there have been articles in favor of this hypothesis, and against, and I’m not an immunologist nor a geneticist nor a physician and thus not in a position to evaluate those arguments and counter-arguments. Then, finally, we have those stories of Chinese espionage, inclusive of stealing the very virus in question, from the Canadian Microbiology Laboratory in Winnepeg, that nation’s only level 4 biocontainment facility.

There’s so many mind-bogglingly absurd things in this story that I simply have to point them out. First, consider the opening paragraphs of this article:

It seems that Mr. Plummer made a habit of getting the biological material he was working on “stolen,” as we found a report from 2009 in the Winnepeg Free Press that details the theft of 22 vials of biological material was “confirmed by scientific director Dr. Frank Plummer.”

Plummer, allegedly, alerted authorities to the missing material on the same day a former vaccine researcher was arrested by FBI special agents after U.S. Customs discovered the vials stuffed in a glove in the trunk of his car at the Manitoba-North Dakota border crossing.

Some of the vials included genes from the deadly Ebola virus, but local scientists say the material is not infectious.

But more than a week after the theft came to light, police said no one from the lab has reported the incident.

Plummer has said the researcher signed a form declaring he did not steal anything from the lab and understood he was not allowed to. The national lab does not conduct searches of staff when they exit the lab and does not routinely take inventory of the thousands of vials containing non-infectious biological substances.

However, court documents allege the former researcher stole the vials on his last day of work at the virology lab in January because “he did not want to start his research over from the beginning when he entered into his next fellowship” with the National Institutes of Health at the Biodefense Research Laboratory in Maryland. (Italicized emphasis added)

Now, had you been within a couple of blocks where I live, you would have heard me shout “What!?!?” when I read that. Perhaps you did too. The Canadian national laboratory for microbiology in Winnepeg is, as I mentioned, a level-4 containment facility. So we’re being asked to believe that Canada’s national bio-research laboratory has (1) no security, (2) does not do any checks or searches on employees, and (3) takes no inventories of its samples. In other words, we’re being asked to believe that Canada’s scientists are stupid and incompetent. Of course, under Trudeau, anything’s possible, but unfortunately the story of the missing ebola dates from 2009, long before the Train Wreck took up residence in Ottawa.

But to return to a serious note for a moment: Was Dr. Plummer himself involved in some nefarious activity? After all, we’ve seen the arrest in the USA of Haahvaahd’s Dr. Charles Leiber, who himself has some mighty fishy connections to the Wuhan story.

As GreatGameIndia.com detailed earlier, in a very strange turn of events, renowned scientist Frank Plummer who received Saudi SARS Coronavirus sample and was working on Coronavirus (HIV) vaccine in the Winnipeg based Canadian lab from where the virus was smuggled by Chinese Biowarfare agents and weaponized as revealed in GreatGameIndia investigation, has died in mysterious conditions. 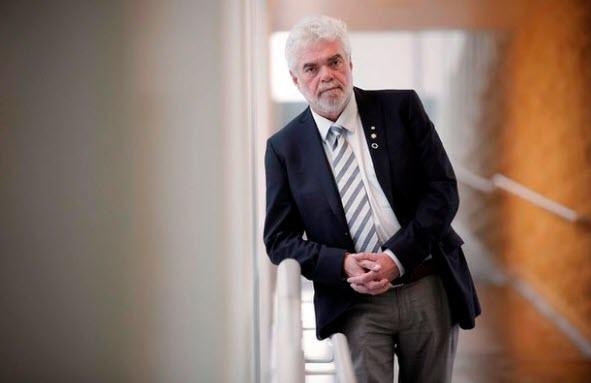 Frank Plummer was the key to the Chinese Biological Espionage case at Winnipeg’s National Microbiology Laboratory.

According to CBC, Plummer, 67, was in Kenya, where he was a keynote speaker at the annual meeting of the University of Nairobi’s collaborative centre for research and training in HIV/AIDS/STIs.

Dr. Larry Gelmon, who helped set up that meeting, said Plummer collapsed and was taken to hospital in Nairobi, where he was pronounced dead on arrival.

No confirmed cause of death has yet been released.

So, there you have it, a top Canadian scientist, working both in HIV and corona virus, and who was “the key” to the Chinese espionage story, apparently in good health, attends a conference in Nairobi where he has been trying to conduct HIV vaccine research, collapses, and dies.

And even if an explanation were given, would any of us believe it?

But why focus on Dr. Plummer at all? Well, he’s yet another name in a long list of biological scientists that have died under mysterious circumstances, dating back to the 1980s. And they all have one thing in common: they were all either warning of the weaponization of vaccines or food, or were actively involved in it…

Which brings us back to Dr. Plummer: perhaps here, finally, we have one of those deaths that can afford a clue as to who is ultimately behind all those deaths…

See you on the flip side…