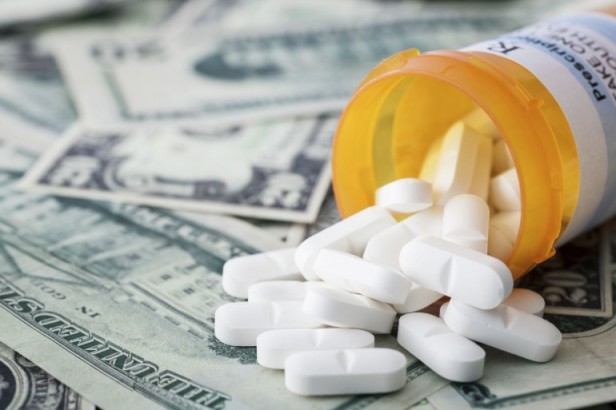 To most of us, the word “drug” conjures varied, if not diametrically opposed images and connotations. On the one hand, “drugs” are illegal substances, associated with addiction, bodily harm, crime, and other unpleasant experiences. These drugs include cocaine, amphetamine, marijuana and heroin, and are generally not considered to have medicinal effects

On the other hand, prescribed or over the counter “drugs” are associated with treating or preventing disease, regulated by the FDA and administered legally to the public in carefully meted doses by doctors. No matter which way you slice it, Americans have the most voracious appetite for drugs on the planet, consuming approximately 700 billion dollars worth of prescribed, over-the-counter and illegal drugs, annually.

The distinction between these two meanings of the word drug may hold hard and fast from the perspective of politics, the law, media imaging and ordinary parlance, but not necessarily from the perspective of biology and pharmacology. Take amphetamine, for instance. Although amphetamine is one of the most addictive and metabolically poisonous drugs found on the street today and responsible for thousands of deaths a year, it is approved by the FDA for the treatment of attention deficit disorder, weight loss, depression and narcolepsy in branded forms such as Adderall, Ritalin and Dexedrine. Marijuana, on the other hand, which has an extraordinary safety profile, and which has been studied for decades for its extensive medical applications, remains illegal throughout the United States and is not approved for prescription as medicine. Politics, economics and social prejudices are the primary reason why certain substances attain approval or disapproval as drugs, not the inherent nature of the substance itself, as one would expect in a civilized society.

The difference between a “good” and a “bad” drug can depend entirely upon the social context within which a chemical like amphetamine is ingested. If acquired on the street within the context of the drug dealer/junky relationship it is a “fix” (albeit self-medication, no matter how misguided). If ingested upon a doctor’s request for a diagnosable disorder, it is considered “medicine.” The former context is socially sanctified; the latter is socially vilified.

Ultimately, neither situation can transcend the fact that amphetamine will only offer temporary relief from whatever emptiness or imbalance the drug was supposed to fix or cover up. Nothing within the amphetamine itself will address the underlying food allergies, nutritional deficiencies, emotional issues that may be causing the deficit in attention, sluggish metabolism, inability to sleep or depressive emotional state. In fact, long term amphetamine use is notorious for causing the very thing that it would temporarily remedy: suicidal depression, exhaustion to the point of sudden death, inability to focus, etc.

In some cases the street form of a drug is actually safer than its prescribed form. For instance, the synthetic opioid known in prescription form as Fentanyl is 40 times MORE powerful/addictive than heroin. However the main point of this article is not to decompose the rather essential boundaries that exist between “good” and “bad” drugs, as without them, society as we know it today would drift into greater chaos. Rather, we are going to focus on the way in which the positive sense of the word drug as medicine has been effectively removed from the grasp of foods and dietary supplements – as far as the FDA is concerned – forever.

According to the FDA’s legal definition of a drug, anything that “diagnoses, cures, mitigates, treats, or prevents a disease” is defined as a drug. The problem with this definition is that there are numerous substances, as readily available and benign as found on our spice racks, which have been proven to mitigate, prevent and in some cases CURE disease, and which CAN NOT be called DRUGS according to the FDA.

How can this be? Well, the FDA has Godlike power insofar as it has to grant a healing substance its official approval for it to be considered to have legitimate application in the treatment of disease. And historically the FDA has required very expensive clinical studies (approximately $100 million per drug) which are out of the grasp of any interest who might want to demonstrate the efficacy of a non-patentable and therefore unprofitable herb, food or spice.

“If Hippocrates, the founder of modern medicine, were alive today, he would be forced to qualify himself by saying: “Seek FDA approval for permission to let food be thy medicine.”

The common kitchen spice turmeric is a perfect example of this extraordinary hypocrisy. Although one can find over 400 biomedical citations on PubMed (pubmed.gov) discussing turmeric’s ability to cause apoptosis (programmed cell death) in cancer cells, it has not received the FDA’s approval as a drug in the treatment of cancer.

With over a million cases of cancer diagnosed annually in America, wouldn’t it be sensible for the FDA to approve the use of a substance with such extraordinary scientific backing and consensus on its effectiveness AND safety? And if not as a primary chemotoxic treatment, than at the very least as an adjunctive therapy? Sadly, the likely reason this miraculous substance has not been made available to cancer sufferers today is because it can be grown in one’s back yard for free!

Here we have the fundamental point. The FDA’s definition of a drug is not descriptive, but is a persuasive definition which purports to describe the “true” or “commonly accepted” meaning of a term, while in reality stipulating a meaning that serves only the interests of the drug companies it so spinelessly serves. If an herb can not be converted into a proprietary, profitable, patentable commodity, it will forever be barred from attaining the legitimacy of a “drug,” no matter how effective it is at treating disease.

When drug companies do manage to produce an extract of a whole herb, they almost invariably make the same fatal error: they equate the healing force of the whole plant with only certain decomposed isolates or ‘mono-chemicals’ found within this living, infinitely complex totality. Even worse, they tinker with these isolates to ensure that they are unique enough to derive a patent, with the unfortunate outcome that the new chemical analog is now biologically unprecedented.

This folly results in profound side effects and toxicity, and serves only one objective: to ensure the 20 year market exclusivity that a FDA awarded patent affords. One can play God by isolating and reproducing facsimiles of a component of a complex living organism such as turmeric.

But the isolate will never compare to the safety and healing power of the whole herb, produced by other nature herself; rather, it is more likely to behave like Mary Shelly’s Frankenstein, with uncontrollable and violent side effects.

And this is another key point: Mother Nature does not grant patents, even though her formulas are proprietary. She will never lend herself to rampant profit making and outlandish claims, nor will she make the mechanism of her healing perfectly intelligible vis-à-vis the scientific method. It is commodity and profit driven medicine, with its underlying emphasis on perverting the scientific method to serve economic objectives that concerns itself with patent exclusivities, hyperbolic claims and profit as an end unto itself. Rather than lament this fact, I have decided to celebrate it.

If whole food supplements, herbs and vitamins are forever exiled from the would-be legitimacy of the allopathic pharmacopeia, then so be it! This can not obviate the healing gifts that issue prolifically and freely from the lap of Nature herself; nor does it negate that birthright of health which we all participate in, knowingly and unknowingly.

Rather, this exclusion of what works and is right, and good, from the compass and concern of orthodox medical principle and practice, is an indication of a complete failure in credibility of the allopathic system as a whole, and which has earned it its disgraceful nickname: the Disestablishment.

Until food is allowed to be considered medicine once again, orthodox medical can not rightly claim to be interested in healing disease. Thomas Edison left us with a sage premonition of a possible future that may still remain within our grasp, when he wrote:

The doctor of the future will give no medicine but will interest his patients in the care of the human frame, in diet, and in the cause and prevention of human disease.

Sayer Ji is the founder and chair of GreenMedInfo.com. His writings have been published in the Wellbeing Journal, the Journal of Gluten Sensitivity, and have been featured on numerous websites, including Mercola.com, NaturalNews.com, Infowars.com, Care2.com. His critically acclaimed essay series The Dark Side of Wheat opens up a new perspective on the universal, human-species specific toxicity of wheat, and is now available for PDF download.

Disclaimer: This article is not intended to provide medical advice, diagnosis or treatment. Views expressed here do not necessarily reflect those of GreenMedInfo or its staff.