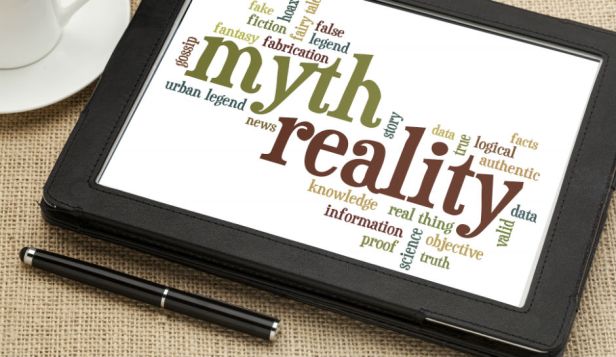 The New York Times’ 1619 Project — a curriculum that makes the fantastical claim that a primary cause of the Revolutionary War was the colonists’ desire to protect slavery — has been adopted in 3,500 classrooms across all 50 states.

For this reason, some of the nation’s most renowned historians have called for The Times to correct this and other factual errors.

The Pulitzer Center, which is partnering with The Times to promote The 1619 Project, recounted in its 2019 annual report, “Good journalism, innovative educational resources, and deep community engagement are absolutely essential to bridging the divisions that threaten to rip our democracy apart. It is this belief that has driven the Pulitzer Center for the last 14 years.”

Nikole Hannah-Jones, The Times’ lead writer on the project, argued in her introductory essay to it, “The United States is a nation founded on both an ideal and a lie. Our Declaration of Independence, approved on July 4, 1776, proclaims that ‘all men are created equal’ and ‘endowed by their Creator with certain unalienable rights.’

“But the white men who drafted those words did not believe them to be true for the hundreds of thousands of black people in their midst.”

“Conveniently left out of our founding mythology is the fact that one of the primary reasons the colonists decided to declare their independence from Britain was because they wanted to protect the institution of slavery,” Hannah-Jones wrote.

The reporter is honest enough to admit that slavery in America predated the nation’s founding by over 150 years.

However, she alleges by 1776, Britain “had grown deeply conflicted over its role in the barbaric institution.”

There were calls to abolish slavery, which “would have upended the economy of the colonies, in both the North and the South,” Hannah-Jones wrote.

Slavery was abolished in Great Britain in 1833 — over a half-century after the founding of the United States.

Also working completely against Hannah-Jones’ narrative is the fact that almost all the states north of the Mason-Dixon Line had voted to abolish slavery by the end of the Revolutionary War in 1783.

By 1804, all the Northern states had passed legislation ending slavery.

The preposterous notion that protecting slavery was one of the “primary” reasons the American Colonies declared independence is not supported by the documentary evidence from the period, either, as my research for my book “We Hold These Truths” made clear.

Any middle school history student should be taught that the Stamp Act in 1765, followed by the Declaratory Act in 1766, were what began rallying colonists against Mother England.

In the Declaratory Act, Parliament claimed the legislative body held “full power and authority to make laws and statutes of sufficient force and validity to bind the colonies and people of America … in all cases whatsoever.”

The rallying cry in the Colonies became, “No taxation without representation.”

Thomas Jefferson, a slave owner, made the case against King George III and Parliament in his 1774 essay “A Summary View of the Rights of British America,” pointing to Britain’s tax and trade policies toward the Colonies, the decision to suspend the New York legislature and the imposition of martial law in Massachusetts as unjust acts that must be opposed.

Thomas Paine, in his widely read political pamphlet “Common Sense,” published in January 1776, did not list a fear that Great Britain would end slavery in the Colonies as a reason for declaring independence.

Over 500,000 copies of the pamphlet were published just three months after its release at a time when the entire population of the 13 Colonies was only 4 million at most.

Paine was an abolitionist who wrote the preamble to Pennsylvania’s abolition act in 1780 (during the heart of the Revolutionary War), which freed 6,000 slaves in the state, according to History.com.

The Declaration of Independence itself, which lists dozens of grievances the Colonies had against the king and Parliament, makes just a passing reference to slavery by pointing to England’s efforts to “excite domestic insurrections.”

Jefferson’s original draft submitted to the Continental Congress included a condemnation of the king’s support for the African slave trade, writing it was a violation of the “most sacred rights of life and liberty in the persons of a distant people who never offended him, captivating & carrying them into slavery in another hemisphere, or to incur miserable death in their transportation thither.”

This language was struck from the Declaration’s final text out of deference to South Carolina and Georgia, which wanted to continue the African slave trade, according to the Claremont Institute’s Founding.com.

“The British had encouraged slave and Indian revolts against the colonists,” the institute reported. “For example, in 1775, [British Governor] Lord Dunmore of Virginia, swore to members of the Virginia House of Burgesses that if ‘any Injury or insult were offered to himself’ he would ‘declare Freedom to the Slaves, and reduce the City of Williamsburg to Ashes.’”

So the issue for the British rulers in America wasn’t really a desire to free to slaves, but to wreak havoc in the rebellious Colonies.

Some of the nation’s top historians sent a letter to The New York Times in December taking The 1619 Project to task for claiming that protecting slavery was a primary cause of the Revolution.

Wilentz was a Pulitzer finalist for his book, “The Rise of American Democracy: Jefferson to Lincoln.”

So by Pulitzer’s estimation, these historians know what they are talking about when it comes to American history.

In their letter to The Times, the academics applauded The 1619 Project’s desire “to address the enduring centrality of slavery and racism to our history.”

“Nevertheless, we are dismayed at some of the factual errors in the project and the closed process behind it,” they wrote.

“On the American Revolution, pivotal to any account of our history, the project asserts that the founders declared the colonies’ independence of Britain ‘in order to ensure slavery would continue.’ This is not true. If supportable, the allegation would be astounding — yet every statement offered by the project to validate it is false.”

The historians went on to list their concern that this and other unsupported claims were “offered as an authoritative account that bears the imprimatur and credibility of The New York Times.”

Woods told RealClearInvestigations the only way The 1619 Project should be used in the classroom is “as a way of showing how history can be distorted and perverted.”

The New York Times Magazine’s editor in chief, Jake Silverstein, issued a response last month disputing the charge that The 1619 Project contains “significant factual errors and is driven by ideology rather than historical understanding.”

“The project was intended to address the marginalization of African-American history in the telling of our national story and examine the legacy of slavery in contemporary American life,” Silverstein wrote.

In a December radio interview, Hannah-Jones said, “When my editor asks me, like, what’s your ultimate goal for the project, my ultimate goal is that there’ll be a reparations bill passed.”

“If you read the whole project, I don’t think you can come away from it without understanding the project is an argument for reparations,” she told the Chicago Tribune in October.

It sure sounds like The 1619 Project is ideologically driven.

The Atlantic reported in December that Hannah-Jones has not “budged from her conviction that slavery helped fuel the Revolution.”

“I do still back up that claim,” she told The Atlantic’s Adam Serwer, but she conceded her essay phrased it too strongly to make readers think slavery was universally supported in the Colonies.

“I think someone reading that would assume that this was the case: All 13 Colonies and most people involved. And I accept that criticism, for sure,” Hannah-Jones said, while promising to better contextualize the claim when The 1619 Project is published in textbook form by Random House.

That promise does not sound too reassuring when the entire proposition is bunk.

Further proof against Hannah-Jones’s claim is in the Constitution itself, which rather than protect slavery put it on a path to extinction, Abraham Lincoln and abolitionists like Frederick Douglass argued.

The Constitution specifically authorized the federal government to ban the importation of slaves in 1808 (approximately 20 years from the date the document was ratified).

Congress did so in 1808, and President Thomas Jefferson signed the bill into law.

An additional compromise that the Founders reached was counting three-fifths of the state’s slave population when calculating the overall population for determining how many representatives a state would have in Congress.

The Southern states wanted to count their entire slave populations for representation purposes, but the Northern states did not allow it.

The impact was to lessen the number of votes slaveholding interests held in the House of Representatives.

Both of these constitutional provisions were a recognition that slavery was a present evil but not something many of the Founders wanted to see continue in perpetuity.

Finally, one other triumph in the fight against slavery during the founding period took place right across the street from the Constitutional Convention in 1787.

The Continental Congress passed the Northwest Ordinance, which established the laws governing the territorial land encompassing the future states of Ohio, Michigan, Indiana, Illinois and Wisconsin. The ordinance outlawed the introduction of slavery in the territory.

All of these facts from the founding era demonstrate that slavery was not a primary reason the Colonies declared their independence from Great Britain, and our nation’s students should not be taught that it was.

Not satisfied to push their liberal ideological perspective in reporting current events, The Times has moved on to propagate false narratives about America’s founding.

What motivated the founding generation to pledge their lives, fortunes and sacred honor was not to protect slavery but to secure their God-given right to liberty.

This article appeared originally on The Western Journal.

How to Spot – and Defeat – Disruption On The Internet #DivideAndConquer #LeftRightParadigm

And Then They Came for the Books… | #Censorship #Books #Libraries