“It is simply no longer possible to believe much of the clinical research that is published, or to rely on the judgment of trusted physicians or authoritative medical guidelines. I take no pleasure in this conclusion, which I reached slowly and reluctantly over my two decades as an editor of The New England Journal of Medicine.”[Bold Emphasis Added] 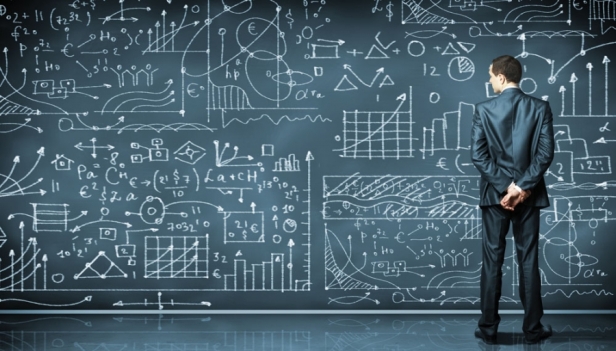 Days after the UK downgrades COVID-19 threat, highly-cited epidemiologist Neil Ferguson who projected 2.2 million dead in the United States at one point, drastically revised his Coronavirus death toll projection, which he carried out for the London Imperial College.

In a DailyWire piece by Amanda Prestigiacomo titled, “Epidemiologist Behind Highly-Cited Coronavirus Model Drastically Downgrades Projection, not only did Fergusson give his projection for possible US deaths at 2.2 million, but also estimated 500,000 potential deaths for the UK.

Nonetheless, those estimates have been decreased by orders of magnitude, which is incredibly concerning given how much Ferguson’s model was cited early on.  This is problematic because Ferguson’s model helped spawn a lot of the fear amid the early chaos of the coronavirus outbreak.  Now, Ferguson’s estimate of 500,000 has dropped to 20,000 in the UK.

How could Ferguson’s model be off by orders of magnitude?  Because the virus had a higher rate of transmission than expected and was spreading earlier than Ferguson was able to ascertain.  As such, the high death rate that was part of Ferguson projection was based on an incomplete assessment of the population, thus making the potential death rate in the beginning seem much larger than it should have been.

As Prestigiacomo states in her incisive piece:

“A higher rate of transmission than expected means that more people have the virus than previously expected; when the number of those with coronavirus is divided by the number of deaths, therefore, the mortality rate for the disease drops.”

In fact, Ferguson’s COVID-19 model that he was forced to revise was heavily criticized by Professor Gupta, who herself has a Coronavirus model as part of a modeling study for Oxford.  Gupta stated:

“I am surprised that there has been such unqualified acceptance of the Imperial model..”[Bold Emphasis Added]

With a death toll projection that was downgraded by orders of magnitude that helped spawn massive fear that is affecting the livelihood of hundreds of millions, can you really blame Professor Gupta’s criticism?

Gupta’s model is different however, and that model’s projections concluded that:

“…the virus has been invisibly spreading for at least a month earlier than suspected, concluding that
as many as half of the people in the United Kingdom have already been infected by COVID-19.”[Bold Emphasis Added]

On this, Prestigiacomo from DailyWire stated:

“If her model is accurate, fewer than one in a thousand who’ve been infected with COVID-19 become sick enough to need hospitalization, leaving the vast majority with mild cases or free of symptoms.”[Bold Emphasis Added]

THAT is NOT something you will hear in the mainstream media even consider.  The intriguing part is that, the 1 in 1000 (<0.1%) rate from Gupta’s model is almost exactly like the rate that meta-research specialist from Stanford, Professor John P.A. Ioannidis mentioned in his piece entitled “A Fiasco In The Making?  As Coronavirus Pandemic Takes Hold, We Are Making Decisions Without Reliable Data”.

While analyzing part of the Coronavirus numbers touted, Professor Ioannidis found that:

“The data collected so far on how many people are infected and how the epidemic is evolving are utterly unreliable. Given the limited testing to date, some deaths and probably the vast majority of infections due to SARS-CoV-2 are being missed. We don’t know if we are failing to capture infections by a factor of three or 300.” [Bold & Underline Emphasis Added]

That is remarkably similar to the implications that stem from Gupta claimed, when she stated that the virus had been spreading for a nigh a month, thus, leading to inaccurate data.  Missing a month’s worth of data would severely skew any model, particularly a scenario as fluid as one having a virus.  As Ioannidis affirmed:

“Three months after the outbreak emerged, most countries, including the U.S., lack the ability to test a large number of people and no countries have reliable data on the prevalence of the virus in a representative random sample of the general population.”[Bold Emphasis Added]

The mortality rate that was projected from the Diamond Princess focused only on the elderly, but when it was:

“[projected] onto the age structure of the U.S. population, the death rate among people infected with Covid-19 would be 0.125%.”[Bold Emphasis Added]

Why is that relevant?  Because the 0.125% death rate that Professor Ioannidis found falls right in line with Professor Gupta’s projection done with her team at Oxford, which was less than 1 in 1000, or 0.1%.  BOOM.  But those numbers don’t provoke fear, those numbers cannot push a viral agenda.

Predictably, Fergusson is still entrenched in his belief, stating that the Oxford model is too optimistic.  I’m not so sure about that however.

What about Ferguson’s projections, aren’t those too pessimistic?  Particularly when those projections are off by several orders of magnitude, which wasn’t the case with Gupta’s model, which line up astonishingly with what Professor Ioannidis was able to find.

But Gupta’s model from Oxford wasn’t the model that the mainstream media ran with, it was Ferguson’s Imperial College model, which like much of what we have talked about lately, helped create maximum fear and seems tenuous at best.  A reasonable approach would have taken several models into consideration, or at least considered them and proactively analyzed all of them.  That’s wasn’t the case though.

The illusion that spawns fear must always exist.

The Coronavirus House Of Cards
Dr. Deborah Birx’s Coronavirus Propaganda: Does NOT Want People To Be “Reassured” Of Negative Tests
Coronavirus, Fearmongering, Hopelessness & Propaganda
The Rise Of Censorship By ISPs, Working Around Censors & More
7 Phenomenal Books For Homeschooling, Self-Directed Learners & Autodidacts
How TV Robs You Of Your Life
Have You Ever Walked On The Moon?
The Gift Of Truth, The Gift Of Friendship
The True Purpose Of Modern Schooling
WordPress Censorship
Catherine Austin Fitts’ Website Blocked By My ISP
Why The Incessant Propaganda Regarding Coronavirus, Especially Given Italy’s Latest Numbers?
Quality Of Consciousness
Social Engineering, Censorship, Censorship Of The Solari Website & More
13 Great Reasons To Study Logic
Are You Living Your Dreams?
The Divide & Conquer Left Right Paradigm
What Is The Difference Between Education & Public Schooling?
How A Generation Lost Its Common Culture
Jon Rappoport’s NoMoreFakeNews.com Website Is Being Censored
Philosophy 101 by Socrates – An Introduction To Phylosophy Via Plato’s Apology By Peter Kreeft Ph.D.
How To Read A Book by Mortimer J. Adler & Charles Van Doren
A Different Kind Of Teacher by John Taylor Gatto
Logical Fallacies Employed In Every Day Life
The Imaginative Argument – A Practical Manifesto For Writers By Frank L. Cioffi
A Workbook For Arguments – A Complete Course In Critical Thinking by David Morrow
The Minds Of Men [Documentary] | Social Engineering & Mind Control
Manipulation Of Media Messages & Astroturf by Sharyl Attkisson
Mainstream Media Control
Zen Mind Beginner’s Mind by Shunryu Susuzi
Socratic Logic V 3.1 by Peter Kreeft PhD
Dialectical Thinking – Zeno, Socrates, Kant, Marx by Tommi Juhani Hanjijarvi Ph.D.
The Trivium – The Liberal Arts Of Logic, Grammar & Rhetoric by Sister Mary Joseph Ph.D.
Why Read The Classics?
Getting Things done by David Allen
Classrooms Of The Heart [Mini Documentary] – John Taylor Gatto
Dumbing Us Down by John Taylor Gatto
History So It Doesn’t Repeat – The Deliberate Dumbing Down Of America with Charlotte Iserbyt
The Catastrophic Decline of Public Schooling: 21 Facts Why School Performs Poorly
Mindset Musings#1: Venturing Outside Of Comfort Zones
Rotten To The Common Core by Dr. Joseph P. Farrell & Gary Lawrence
Lesson’s From Orwell’s 1984
Against Public Schooling – How Public Education Cripples Our Kids By John Taylor Gatto
Social Engineering 101
The Tavistock Institute – Social Engineering The Masses By Daniel Estulin
Sherlock Holmes by Arthur Conan Doyle
The Emergence Of Orwellian Newspeak & The Death Of Free Speech
What Is An Elite Curriculum?
A Mind Of Your Own – The Truth About Depression by Dr. Kelly Brogan
Social Engineering 101
Propaganda by Edward Bernays
Drilling Through The Core by Sandra Stotski & Contributors
What Is An Elite Curriculum?
Invisible Influence by Kevin Hogan
The Secret Space Program & Breakaway Civilization by Richard Dolan

Is The Latest Kennedy Tragedy Possible Evidence Of The Deep State At War Amid The Coronavirus Backdrop? [Part 3]

Love Conquers All #2: Family Decorated The Church With Their Grandma’s Beautiful Quilts To Honor Her Memory At Her Funeral | #Love #AmorVincitOmnia #LoveConquersAll #Family

Is The Latest Kennedy Tragedy Possible Evidence Of The Deep State At War Amid The Coronavirus Backdrop? [Part 2] | #DeepState