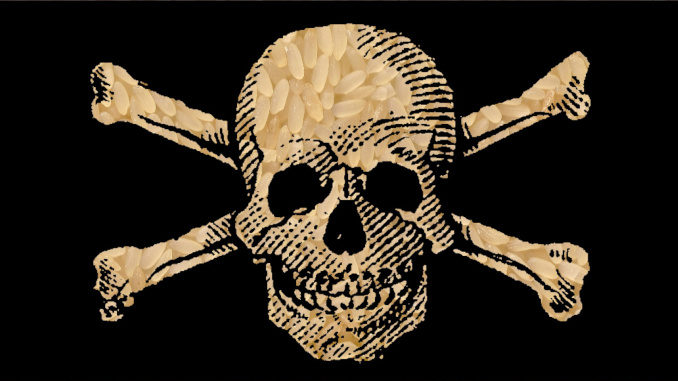 [CAF Note: Because I think the risks of a cut-and-run under the air cover of the current plandemic are high, I wanted to publish this comment I made to a colleague in January 2019 who was asking about FASAB Statement 56. If you do not understand FASAB 56 and what it means to your financial assets and risks, you need to do so. The Solari Report has a wealth of information on this topic. You can start with the two related readings below.]

The story is simple and obvious. What is it about secret financing for secret armies that you do not understand? The U.S. government just officially changed its governance model from a constitutional republic to fascism through an obscure accounting policy. No need to bother with a Constitutional convention. The U.S. Treasury is free to tax and then borrow from our pension funds and global and domestic investors and then transfer the money and assets financed and technology found or created without limit or oversight to private corporations and investors without compensation or oversight. This is privatization by the “just do it method.” Think of this as the extension of the bailouts to a permanent open bailout structure.

The U.S. government just announced that it is sticking a pipeline into the back of Treasury and announced to every private army, mercenary, and thug in the world that they are open for business. Why do you think Mattis is suddenly out and Prince is running ads that Blackwater is Coming?

You understand. Everybody does. But everybody has a family and a future.

“If only half you motherfuckers in the State’s Attorneys Office didn’t want to be judges, didn’t want to be partners in some downtown law firm, if half of you had the fucking balls to follow through, you know what would happen? A guy like that would be indicted, tried, and convicted. And the rest of them would back up enough so we could push a clean case or two through your courthouse. But no, everybody stays friends. Everybody gets paid, and everybody’s got a fucking future.” ~ Detective Jimmy McNulty in The Wire

So, this is a simple story. You just need to decide which is more important, your family and your “future,” or the truth.