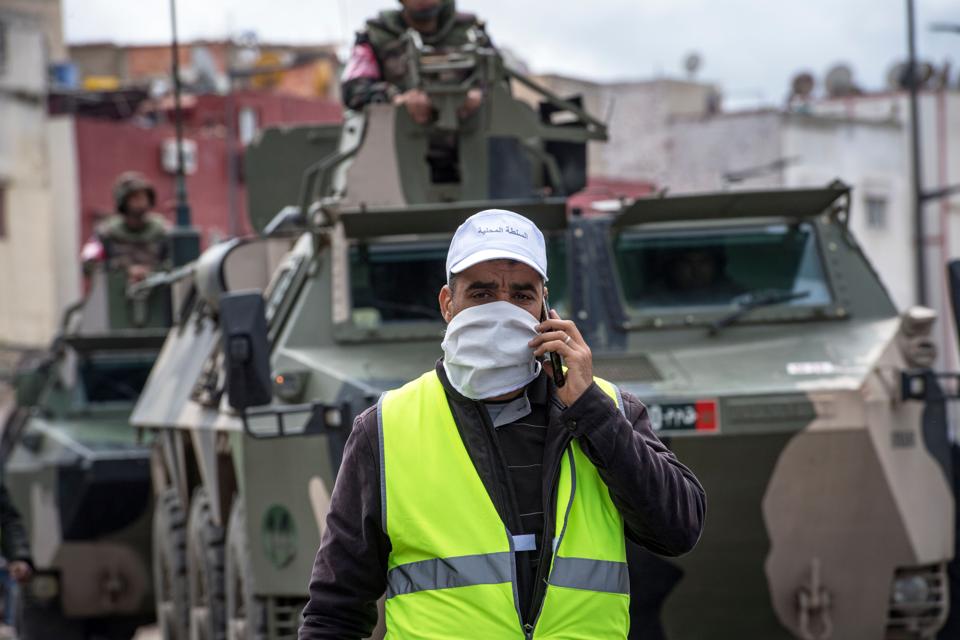 Coronavirus has infected more than just individuals and their bodies. It’s also infected society, which is adapting drastically in order to reduce the number of lives the COVID-19 pandemic claims. Not only are governments adopting new economic and public health measures to fight the coronavirus and its impact, but they’re harnessing big data in ways that, while potentially saving lives, will also reduce our privacy and civil liberties.

From a technological perspective, the coronavirus pandemic is one massive testbed for surveillance capitalism. More specifically, it’s a testbed for new, much more large-scale forms of surveillance. Already, governments in Italy, Germany, Austria, China, South Korea and Taiwan have begun analysing smartphone data so as to determine to what extent populations are really locking themselves down at home. Meanwhile, governments in the UK and the US are very close to rolling out similar surveillance measures, all in the effort to ensure that policies of mass behaviour modification are successful.

Given the severe threat the coronavirus poses, such measures are arguably justifiable. When a government advises people to stay at home, it wants to know whether such advice is being heeded. If it learns that too many people are still roaming around outside, it may be necessary to move from informal guidelines to legal stipulations. And so on.

Essentially, big data on personal behaviour is an extremely effective way of determining the effects and consequences (or lack thereof) of policies. And because pandemics are likely to become more common in the future, the world’s governments may contend that it’s necessary to keep such surveillance procedures and infrastructure in place.

Perhaps health is more important than privacy and civil liberties. Obviously, you’d have absolutely no civil liberties, freedoms, or powers if you were deceased. However, the surveillance measures now being imposed on national populations risk permanently altering how much privacy and freedom we have as individuals. And at this early stage in the life of the coronavirus, it’s not clear or transparent that the health benefits they provide (as opposed to isolation and testing policies on their own) outweigh the price we’d have to pay in terms of civil liberties.

“We could so easily end up in a situation where we empower local, state or federal government to take measures in response to this pandemic that fundamentally change the scope of American civil rights,” said Albert Fox Cahn of the Surveillance Technology Oversight Project, speaking to The New York Times.

In the UK, where the British government is reportedly planning to use anonymised mobile data to track movements, privacy groups are concerned about the possibility of such measures decreasing personal freedom and enabling authoritarianism.

“The public needs to trust phone networks at this time, especially to seek health advice and social support. It can be very hard to anonymise location data and so the government should be radically transparent about any tracking if it is to maintain public trust,” Big Brother Watch’s Silkie Carlo told The Guardian, amid reports that the UK government was negotiating in secret with mobile operators.

Such government activity may have set in motion a paradigm shift in how nations prioritise and conceptualise personal freedom. Because there are already prominent researchers and experts speaking in favour of the use of mobile data, at least when employed at an ‘anonymised’ level.

“There’s always a tendency to think about the tracking of individuals but actually, in practice, that’s not what people are interested in doing,” said UCL’s James Cheshire, a geographic information professor also speaking to The Guardian. “They want to look at the general activity levels.”

But even the surveillance of general activity levels is harmful to privacy and civil liberties. Firstly, data on general activities and activity levels will still enhance the ability of governments to manipulate and control populations, and this may not always be desirable (at the very least, a government telling you how to act usually reduces your input into your own behaviour). Secondly, it may enable mission creep, providing one slippery step towards even more invasive forms of data gathering and surveillance.

More generally, the coronavirus pandemic brings another trend that could potentially impact privacy and civil liberties long term. Namely, surveillance capitalist corporations such as Facebook, Google and Microsoft have assumed a much greater ‘public service’ role in the wake of COVID-19’s dissemination throughout the globe. And by increasingly acting like public services (that operate for private profit), they’ll potentially increase not only their reach, but their respective abilities to extract and exploit personal data.

For example, Facebook today announced two initiatives related to using its Messenger app in order to communicate public health information. The first involves the social media giant connecting “government health organizations and UN health agencies with [Facebook’s] developer partners,” who will help said agencies use Messenger to share COVID-19 info with the public. Likewise, the second initiative will see Facebook organise a hackathon aimed at developing solutions “to issues related to the coronavirus such as social distancing and access to accurate information.” Once again, these solutions revolve around the use of Messenger.

Of course, there’s nothing wrong with offering genuine help to those confronting a serious public health crisis. The thing is, Facebook is also capitalising on the coronavirus pandemic by pushing to increase the use of its Messenger app. If it can get UN health agencies and other health bodies to use Messenger, it will–by extension–get more members of the public to use Messenger. In turn, this means more data to mine and more people to target with ads.

More broadly, acting like a public service also means greater legitimacy, prominence and priority for what Facebook and other big tech companies do normally, when there isn’t a life-threatening pandemic sweeping the globe. And increasingly, what such companies have been doing is harvesting more and more of our data in a way that ultimately erodes our personal autonomy and agency, all for the purposes of nudging us towards buying more products (or towards voting for this or that political candidate).

Prior to the coronavirus outbreak, Facebook as well as other Big Tech companies were at the centre of an important political debate. Congress had already been discussing how to regulate the FAANGs of this world for several years now, while certain Democratic presidential candidates have debating how they’d regulate or even break up the likes of Facebook. But now, Facebook and its surveillance capitalist rivals can increasingly point to the ‘important’ work they’ve been doing to protect the world’s population.

“Don’t over-regulate us or break us up,” they might say, “because only we have the scale to mitigate the dangers inherent to globalization and large-scale connectivity.” In fact, Mark Zuckerberg has made this argument before: last year, he told French TV that Facebook’s size helps it to monitor and police content better than any smaller rival.

Back in February, Facebook sent the European Commission proposals for how it might be regulated. Unsurprisingly, these were denounced at the time for being regulations the social network already meets. Still, by cooperating and helping so readily with the fight against the coronavirus, Facebook and other big tech companies may be rewarded with a regulatory regime that’s more favourable to them than it might have otherwise been.

And in conjunction with the move towards mass data surveillance by the state, the rising prominence and power of the FAANGs could end up by squeezing individual privacy and autonomy even further. So if the coronavirus weren’t already scary enough, its potential ramifications for privacy and civil liberties make it even scarier.

I’m a London-based tech journalist with numerous years of experience covering emerging technologies and how they’re changing the global economy and society more generally. In particular, I focus on such areas of emergent tech as artificial intelligence, social media, VR and AR, the internet of things, cryptocurrency, big data, quantum computing, cloud computing, as well as anything else that promises to disrupt how people live and work. Over the years, I’ve explored the implications of such technology for the likes of Wired, TechCrunch, The Verge, The Daily Dot, The Sun, VentureBeat, ComputerWeekly, and TechRadar, among others. And given that my writing considers the wider implications of tech, I’m also no stranger to covering political and social issues.