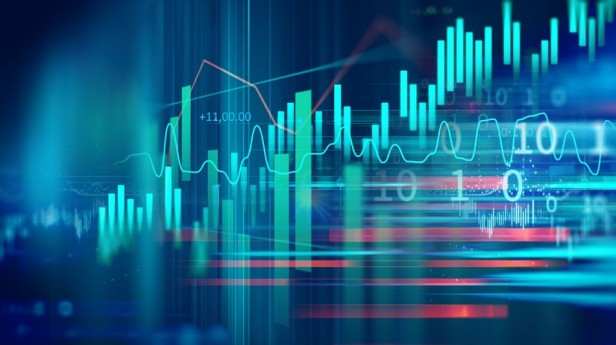 Let me preface what follows with this prescript: in no way am I attempting to downplay the loss of life that is taking place.  The premise of what follows is to surgically home-in on the scale that is being propounded by the media and how the Coronavirus is being blown incredibly out of proportion.

It’s been more than three months since the Coronavirus fiasco began to take place.  Over that period and as of this moment, there have been 33883 deaths.

There is no doubt that the loss of life, particularly in the tens of thousands, is something to be intensely pondered.  However, that doesn’t mean that the severity of the issue is as intense as its being made it out be by the establishment and mainstream media and you will see why in a moment.

“The World Health Organization estimates that worldwide, annual influenza epidemics result in about 3-5 million cases of severe illness and about 250,000 to 500,000 deaths. [21] In the United States, individual cases of seasonal flu and flu-related deaths in adults are not reportable illnesses; consequently, mortality is estimated by using statistical models. [1]]”[Bold Emphasis Added]

Employing those numbers, there’s an average of 250,000 to 500,000 deaths a year due to influenza.  And there have been 33883 deaths due to the Coronavirus, if those numbers are in fact correct and not statically slanted upwards, which does happen and it is severely under-reported.  But for argument’s sake, let’s roll with the ‘official’ numbers.

At the end of this year, if the number of unfortunate victims to the Coronavirus ends up being 160,000, is still doesn’t even break the average global influenza deaths in a year.  And that could still be off by several orders of magnitude which is not unlike what happened to highly-cited epidemiologist Neil Ferguson.

If 250,000 to 500,000 deaths in a year due to the influenza is not enough to shut down entire regions of the world when it happens, then why would a virus that isn’t even on pace to pass that, such a big deal?

Think long and hard, because millions of jobs have been affected, trillions have been lost, retirements have been wiped out, and there are still many ramifications that are taking place due to an issue, and when you look at the numbers with precision, the Coronavirus propaganda simply not as severe as even the annual influenza.

Now, if you told me that the Coronavirus had already taken a couple of hundred thousand lives, and was on pace to take millions of lives by the end of the year, then I could understand a reaction of sheltering in place and so on.   Even then, I would be highly skeptical, but at least in that scenario I would understand it.

But the entire planet is nowhere close to that, the very numbers bear this out.  Check and double check for yourself.  And the ramifications from the Coronavirus fiasco continue to exacerbate even though a lot of the deaths that are being attributed to Corona virus are not in fact as they are being touted.

For instance, Sarah Newey of TheTelegraph reported in her piece Why Have So Many Coronavirus Patients Died In Italy? that Professor Walter Ricciardi, who is a scientific advisor to Italy’s minister of health, stated:

““The way in which we code deaths in our country is very generous in the sense that all the people who die in hospitals with the coronavirus are deemed to be dying of the Coronavirus.

“On re-evaluation by the National Institute of Health, only 12 per cent of death certificates have shown a direct causality from coronavirus, while 88 per cent of patients who have died have at least one pre-morbidity – many had two or three,”[Bold & Underline Emphasis Added]

“…only 12 per cent of the death certificates have shown a direct causality from coronavirus..”[Bold Emphasis Added]

But the mainstream media will not report that.  They nigh always push the agenda that spawns the most fear.

Ultimately, it doesn’t matter how much the mainstream media engenders fear, the response to this virus has been blown significantly out of proportion.

And for what its worth, I can see how someone might have a contention along the lines that states, “But we don’t know that Corona won’t kill more!”  Exactly, we don’t.  But we have solid information to employ so far.

So even if an individual were to adjust the yearly influenza numbers of 250,000 to 500,000 in a year, to what they would be if they were divided by 4, to equate 3 months, which would be a range of 62,500 – 125,000, the issue is still the same: the Coronavirus projections are still significantly behind the influenza numbers by several orders of magnitude.  33,883 is not even in the range of 62,500 – 125,000.  It isn’t.  No matter what the amount of fear is that the mainstream media lathers onto the subject, the numbers bear out the truth, the problem is being deliberately blown severely out of proportion.

Moreover, if the individuals that are dying from Corona are mostly older people around 80 years old and with at least one disease and more, how serious is the Corona threat to the global populate?

In a reasonable world, where mindful, thoughtful and incisive reporting that didn’t anchor itself to fearmongering nigh at every headline, the Coronavirus fiasco would not be blown this out of proportion, for it doesn’t even compare to the influenza numbers.

Bottom line, the Coronavirus fiasco is a house of cards, and it’s falling apart quickly because people are seeing right through the lies.  And it should fall apart, because it’s propaganda at its finest.

Backpedaling 101: Epidemiologist Neil Ferguson Drastically Downgrades COVID-19 Projection
The Coronavirus House Of Cards
Dr. Deborah Birx’s Coronavirus Propaganda: Does NOT Want People To Be “Reassured” Of Negative Tests
Coronavirus, Fearmongering, Hopelessness & Propaganda
The Rise Of Censorship By ISPs, Working Around Censors & More
7 Phenomenal Books For Homeschooling, Self-Directed Learners & Autodidacts
How TV Robs You Of Your Life
Have You Ever Walked On The Moon?
The Gift Of Truth, The Gift Of Friendship
The True Purpose Of Modern Schooling
WordPress Censorship
Catherine Austin Fitts’ Website Blocked By My ISP
Why The Incessant Propaganda Regarding Coronavirus, Especially Given Italy’s Latest Numbers?
Quality Of Consciousness
Social Engineering, Censorship, Censorship Of The Solari Website & More
13 Great Reasons To Study Logic
Are You Living Your Dreams?
The Divide & Conquer Left Right Paradigm
What Is The Difference Between Education & Public Schooling?
How A Generation Lost Its Common Culture
Jon Rappoport’s NoMoreFakeNews.com Website Is Being Censored
Philosophy 101 by Socrates – An Introduction To Phylosophy Via Plato’s Apology By Peter Kreeft Ph.D.
How To Read A Book by Mortimer J. Adler & Charles Van Doren
A Different Kind Of Teacher by John Taylor Gatto
Logical Fallacies Employed In Every Day Life
The Imaginative Argument – A Practical Manifesto For Writers By Frank L. Cioffi
A Workbook For Arguments – A Complete Course In Critical Thinking by David Morrow
The Minds Of Men [Documentary] | Social Engineering & Mind Control
Manipulation Of Media Messages & Astroturf by Sharyl Attkisson
Mainstream Media Control
Zen Mind Beginner’s Mind by Shunryu Susuzi
Socratic Logic V 3.1 by Peter Kreeft PhD
Dialectical Thinking – Zeno, Socrates, Kant, Marx by Tommi Juhani Hanjijarvi Ph.D.
The Trivium – The Liberal Arts Of Logic, Grammar & Rhetoric by Sister Mary Joseph Ph.D.
Why Read The Classics?
Getting Things done by David Allen
Classrooms Of The Heart [Mini Documentary] – John Taylor Gatto
Dumbing Us Down by John Taylor Gatto
History So It Doesn’t Repeat – The Deliberate Dumbing Down Of America with Charlotte Iserbyt
The Catastrophic Decline of Public Schooling: 21 Facts Why School Performs Poorly
Mindset Musings#1: Venturing Outside Of Comfort Zones
Rotten To The Common Core by Dr. Joseph P. Farrell & Gary Lawrence
Lesson’s From Orwell’s 1984
Against Public Schooling – How Public Education Cripples Our Kids By John Taylor Gatto
Social Engineering 101
The Tavistock Institute – Social Engineering The Masses By Daniel Estulin
Sherlock Holmes by Arthur Conan Doyle
The Emergence Of Orwellian Newspeak & The Death Of Free Speech
What Is An Elite Curriculum?
A Mind Of Your Own – The Truth About Depression by Dr. Kelly Brogan
Social Engineering 101
Propaganda by Edward Bernays
Drilling Through The Core by Sandra Stotski & Contributors
What Is An Elite Curriculum?
Invisible Influence by Kevin Hogan
The Secret Space Program & Breakaway Civilization by Richard Dolan

One thought on “How Serious Is The Coronavirus Pandemic Really? Let’s Look At The Numbers | #COVID19 | #COVID-19”