A comet which visits the solar system every 5,500 years should become visible to the naked eye in early April. 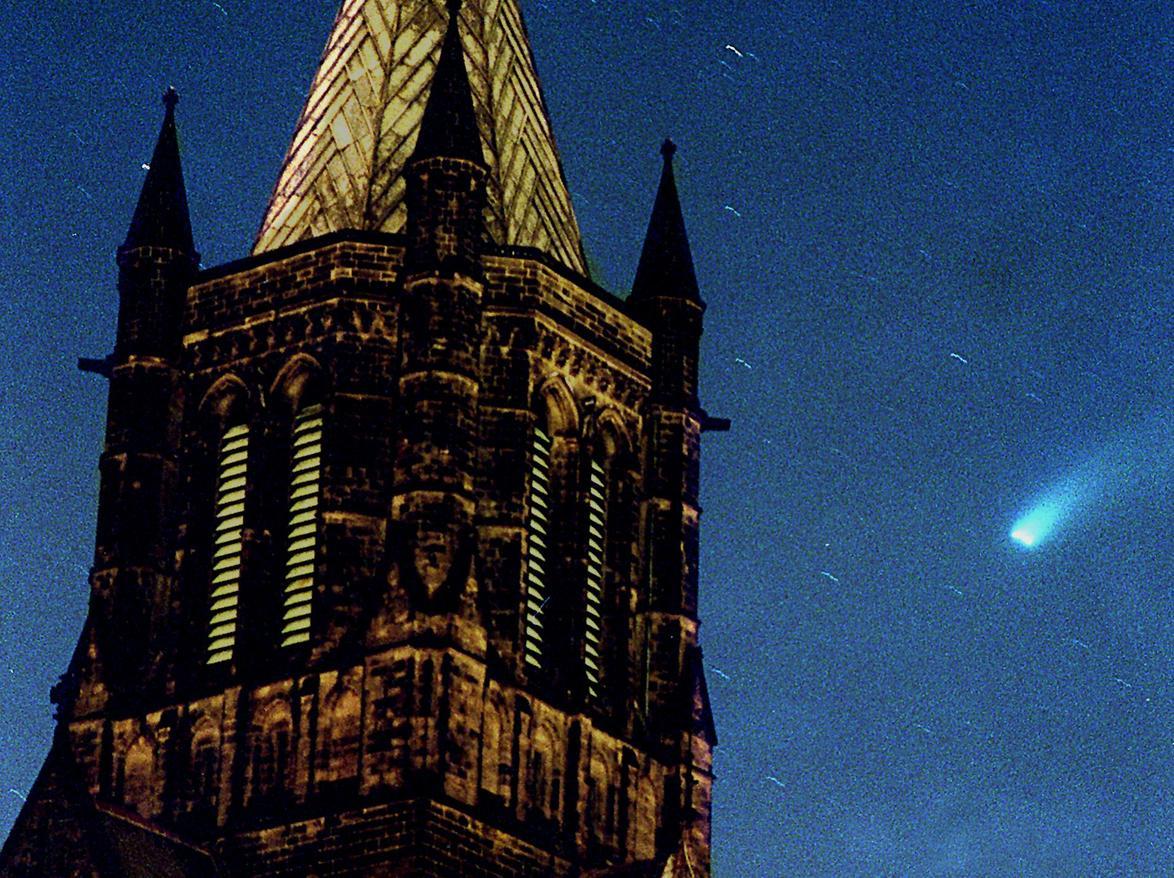 Described as a large, dirty snowball, it’s still not known exactly how impressive a display will occur.

However astronomers are hoping that it might be similar to the Hale-Bopp comet – an unusually bright comet that flew by Earth, reaching its closest approach to the planet in 1997.

Speaking on Tuesday, East Yorkshire based astronomer George McManus, said: “Comets tend to develop long, fluorescent tails as they approach the sun before swinging back out into outer space.

“We hope that it will become visible to the naked eye in early April reaching closest approach to earth on May 23.

“Coming to within 100million miles of the earth, very close in astronomical terms, it presents no risk to the earth, but does have the potential to lift people’s spirits as we go through the current crisis.”

Mr McManus, a Dark Sky ambassador for the North York Moors National Park, has a 4.5 inch refracting telescope, but says a small set of binoculars will be perfectly adequate to improve any sighting of the comet.