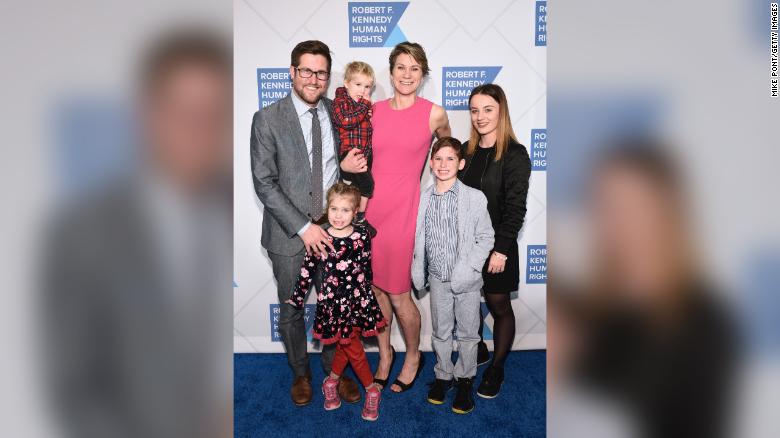 The search for two members of the Kennedy family — Maeve Kennedy McKean and her son, Gideon — was suspended 26 hours after they were reported missing in the Chesapeake Bay near Annapolis, Maryland, the Coast Guard said Friday night.

Authorities confirmed McKean and her 8-year-old son were the missing individuals. They were last seen on Thursday evening.

“This was a difficult case, and even more difficult to make the decision to suspend the search,” said Cmdr. Matthew Fine, deputy sector commander and active search suspension authority at Sector Maryland-National Capitol Region command center, late Friday night. “Our crews and partners did everything they could to find them. We’ve kept the family informed at every step during the search, and our thoughts are with them tonight.”

Former Maryland Lt. Gov. Kathleen Kennedy Townsend, McKean’s mother, said earlier in the evening that the search had turned from a rescue to a recovery mission.

“With profound sadness, I share the news that the search for my beloved daughter Maeve and grandson Gideon has turned from rescue to recovery,” Townsend said in a statement.

“My heart is crushed, yet we shall try to summon the grace of God and what strength we have to honor the hope, energy and passion that Maeve and Gideon set forth into the world,” the statement read. “My family thanks all for the outpouring of love and prayers as we grieve and try to bear this devastating loss.”

McKean is the granddaughter of former US Attorney General and US Sen. Robert F. Kennedy. She is a public health and human rights lawyer and serves as the executive director of the Georgetown University Global Health Initiative.

“At this time, our family asks for privacy and that everyone keep Maeve and Gideon in their prayers,” the Kennedy family said in a statement provided by a spokesperson.

McKean’s husband, David McKean, told The Washington Post that the family was visiting his wife’s mother’s waterfront home in Shady Side, Maryland, when the children, playing in a yard, kicked a ball into the water and his wife and son “popped into a canoe to chase it down.”

“They just got farther out than they could handle, and couldn’t get back in,” he told the paper.

Coast Guard officials had received a report of “two individuals were seen struggling to return to shore in a canoe” near Herring Bay, 10 miles south of Annapolis, and were “not seen again,” according to a statement Friday from the Coast Guard.

Capt. Erik Kornmeyer of the Anne Arundel Fire Department told CNN that a call from a “concerned citizen” came in at 4:30 p.m. ET Thursday.

Maryland Gov. Larry Hogan said Friday that “an intensive search has been underway since yesterday” for Maeve and Gideon.

During a news conference, Hogan said he spoke with McKean’s mother Friday morning.

“On behalf of the people of Maryland, I expressed our most heartfelt sympathies and prayers to her and to her entire family during this difficult time,” Hogan said.

McKean also advised the Obama administration for the State Department’s global AIDS program and has volunteered in Mozambique for the Peace Corps, established by her great uncle, former President John F. Kennedy. Last year, McKean, along with Townsend and former US Rep. Joseph P. Kennedy II, wrote an op-ed for Politico in which they denounced the anti-vaccine views of Robert F. Kennedy Jr., calling them “tragically wrong.”

Over the decades, the Kennedy family has endured high-profile tragedies. Both McKean’s grandfather and great uncle were assassinated. McKean’s cousin, John F. Kennedy Jr., and his wife, Carolyn, were killed in a plane crash two decades ago.