“Books give a soul to the universe, wings to the mind, flight to imagination, and life to everything.”
– Plato

I have seen this quote with the word ‘Music’, instead of ‘Books’.  As of this moment I haven’t been able to ascertain which quote is incorrect.  That said, I share this because it still makes sense.  I just wanted to throw it out there that there’s multiple variations of this quote for what its worth. 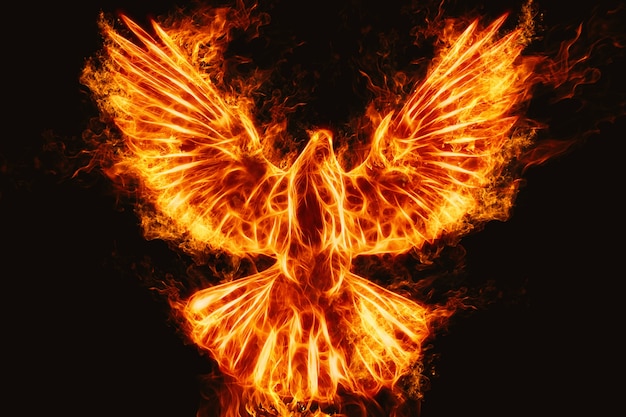 Why isn’t seeing what’s possible within everything without a sound mindset great at first blush?  Because some individuals might see certain things as possible, but with the wrong mindset, a negative mindset, these individuals might carry out detrimental actions simply because their mindset isn’t as sound as it can be.  That’s why the right mindset is crucial.  Just like the virtues and actions of an individual are tied at the hip, the imagination (what allows endless possibilities) and the mindset (what dictates whether or not the action undertaken will be beneficial or detrimental) of an individual are just as so.

Mindset is an incredible topic to contemplate.  Mindset, could be argued, is a key component of a sound and incisive mind.  What an individual can ruminate upon, and the lengths to which they may be able to ruminate upon it, are highly dependent on your mindset as well as education.

For instance, if an individual wasn’t raised with a robust and yet imaginative mindset, they might go through life not being proactive, but merely being reactive to circumstances.  The individual might take a narrow approach, when various approaches abound nigh everywhere.  An individual might not seek alternative health solutions, because they’ve been trained to see that as ‘simply not possible’ and because the ‘media would have told us’, so on and so forth.

On the other hand, and individual which was raised with a sound mindset that everything is possible, will not only seek alternatives that other individuals do not see as possible, yet alone consider, but that mindset will be able to lay the foundation for thoughts, which lead to actions, which will create circumstances, all of which accrue adding significant value to an individual’s life in ways they never thought possible knew would take place with enough hard work and perseverance.

By way of example, an individual with an open-mind to all types of possibilities type of mindset would seek (or at least consider) alternative health solutions knowing that, (1) simply seeking additional solutions doesn’t cost anything but effort and time, (2) they might learn things that they were not privy to within the public schooling system [notice, I did not say education system.  Schooling, and education, are not the same thing.  I thank the late John Taylor Gatto for teaching me that gem].  Moreover, and individual might realize that (3) not only do alternative health solutions (lifestyle changes, yoga, breath control, diet change, etc.) often offer treatments for diseases that have no side effects, but, even if such a solution were to fail, such an individual (4) will still have the option to return to conventional solutions if they must be considered.

That same mindset, where anything is possible, may be applied to any other areas of life as well.  These areas could be education, work, goal setting, health (in a much broader sense than merely within the for-profit medical system), creativity, imagination, personal fitness, so on and so forth.  There is no limit to what a sound open-minded and imaginative mindset may help in, because the implications of mindset, like imagination, are infinite.

Every single day certain individuals accomplish goals that many others at one point, or still, consider impossible.  One could go further and realize that the mindset of some individuals is so noxiously detrimental, that even after seeing multiple people accomplish incredible goals, they still see themselves as incapable – unable.

Success?  That’s what happens to others.  Growth?  Not here, no no no.  I am firmly entrenched in my castle of comfort, and there’s no need to step out of the castle keep.  That’s fear talking, by the way.  Fear destroys more ideas, growth, and progress than anything else in life.

Ideas that are not considered, are ideas that will never grow, like a seed not planted.  One could have 1,000 different ideas, some of the best ideas of history, but if an individual thinks they will fail, that nothing should be tried because “other people tried it and failed” and so on, then what would that individual do?  With that type of mindset they wouldn’t even try.

In reality, individuals stand everything to gain from having an open mind coupled with a sound mindset.
This is because, ever individual is different.  What YOU have to offer is vastly different than what someone else can.  And it could be vastly superior in certain respects.  Think about all the great inventions that have been made.  What if people didn’t think computers could ever be possible?  What if medicines weren’t thought as possible?  What about flight?   What about fictional worlds created by authors that never existed prior to them taking proactive action exercising imagination (creating the world) but employing a sound can-do mindset (writing the story)?  With all the above examples, the entire world would be a much different place, a much darker place, if people had not acted with imagination and mindset together.  Thankfully, such is not the case.

Allow me a short aside for a moment on the matter of mindset.  Last year, I met someone that had a sound mindset.  This person asked me what I was reading, and I happened to be reading a book about Bruce Lee, and we instantly hit it off from there.  We both talked about mindset from separate point of views; she talked about mindset from Jui Jitsu and Martial Arts, which she is heavily into, while I talked about it through self-directed education and philosophy.  Irrespective of those separate paths, the conversation was seamless, and many other areas that mindset sifts into were pondered deeply.[1]

The point of the aside is that, the only reason she ever considered doing Jui Jitsu was because she has a sound and strong mindset.  Moreover, she is really good at it which couples to the point above, that you never know what’s possible if you can’t imagine it, and whatever you end up trying, you might end up becoming  great at or even love doing.  You can’t know unless you try, and that first step is paramount.  Not only that, the course of your life might just change based on a ‘simple’ (yet not so simple) consideration that can only stem from an open-minded and robust mindset.

Such possibilities are non-existent in the eyes of the close-minded, of the comfortable, of the unimaginative.  Those that seek change, and are proactive about it, will always find it with enough time and effort.  Those that push themselves beyond the boundaries of comfort will not only find themselves journeying through realms hitherto unknown to them, but will grow stronger, wiser, often times thriving within them.

In my personal case, I never thought I would ever pursue poker as a living, nor starting multiple businesses.  Going to ASU for Aerospace Engineering, my mindset was rather entrenched in what I wanted to do.  Not because I was opposed to it, but because I was so set on what I wanted to do – seeing only so much as possible – at the time.  Not a bad mindset, per se, but not an open-minded one either.  That entrenchment held me back slightly.

It’s not that I wouldn’t have loved following through with Aerospace Engineering as a profession, I know that I would have.  But that didn’t mean that I couldn’t love doing something else even more.  Synchronistic circumstances allowed me to not only give Poker a shot, but businesses as well, and I haven’t looked back ever since.  If I didn’t see the possibilities with each of those, and within others, my life wouldn’t have taken the course that it has, a course that I am incredibly grateful for.

Hearkening back to an earlier point, trying new things, even if they often end in failure, often times come with a safety net that is not oft-considered.  Often times, we have the ability to consider possibilities  knowing that we may go back to our original plans if things fail, but also with the knowledge that (1) we attempted something great for ourselves, or something better at least, and also (2) with the knowledge of what didn’t work, and that’s crucial.

By knowing what doesn’t work, an individual may revamp their goals and once again attempt something similar but with slight adjustments, or even greater goals, simply because now they have experience within that area/field.  It’s a lot easier running, after you have learned how to walk and/or even stumbled.  That said, a sound and healthy mindset requires constant work and an open-mind for it to flourish.  Without that, all individuals merely have is a blank canvas, a blank page, or an aircraft in a holding pattern, not taking off.  And nothing great was ever created by inaction.

What have you attempted lately?  Was it significantly out of your comfort zone?  Where did it go?

The other important point: merely considering things does not hurt anybody.  So if you don’t try something, big deal.  But what if your consideration leads to something more?

Considerations – thoughts – are seeds, holding potentiality in ways you couldn’t imagine.  Whether you plant them or not, that’s your choice.  Just like seeds are made to grow, wings are made to fly, so are your dreams.

At least individuals can take solace that those seeds – those thoughts, considerations, dreams – are always there, waiting to sprout under the right circumstances.

[1] This very conversation was very similar to one I had with a friend.  Him and I spoke at length about a music and learning, and the mindsets that each of them entails.  He wouldn’t have tried becoming a musician if he wasn’t open minded while having a robust mindset, I wouldn’t have ever attempted book reviews ‘while learning on the job’ if I didn’t follow the same type of mindset.  Both of us struggled trying this, and it wasn’t easy, but we both love doing it, and for various reasons.  A sound, open-minded, and robust mindset are what lead us down these paths, and hopefully down others.

Side Note: This post was inspired by the song titled “Wings” by Little Mix.  The song totally randomly popped up playing in my Ipod and I forgot I had even uploaded it.  It has a great beat, and a great message.  I implore you all to check it out if you’re looking for something uplifting and perhaps inspiring.

Have You Ever Walked On The Moon?
The Opening Salvo, The First Minute
The Seeds Of Today, The World Of Tomorrow